Some skin in the game 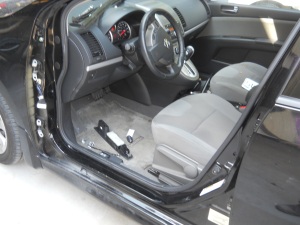 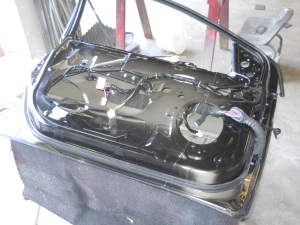 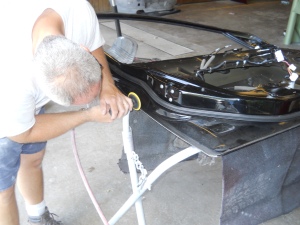 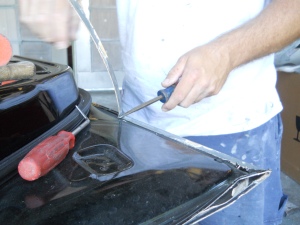 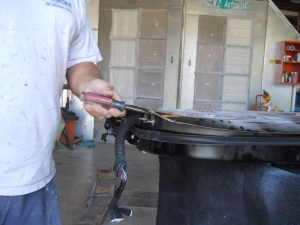 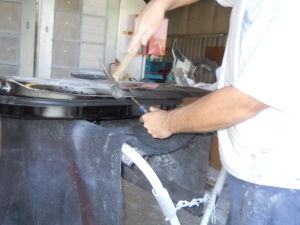 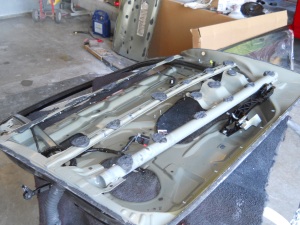 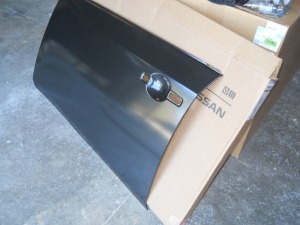 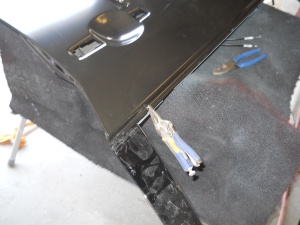 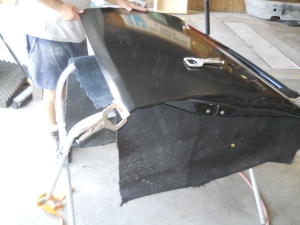 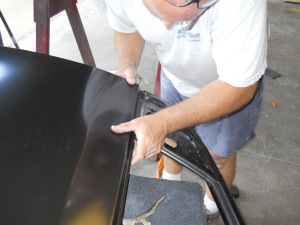 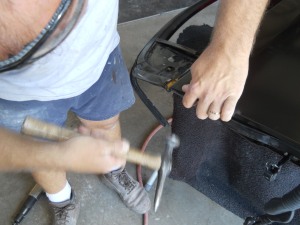 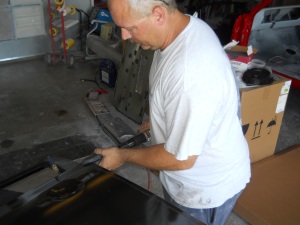 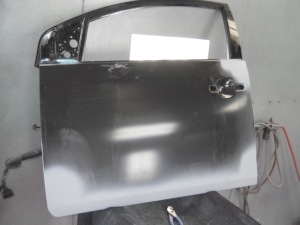 This Nissan Sentra is a ‘tweener. The driver door was damaged from someone backing into the car in a parking lot. The door was too badly damaged for me to pull the dent and repair … I know this because I tried that first. On the other hand, the door wasn’t so badly damaged that it needed an entirely new door. What was needed was a repair between pulling a dent and replacing the door. Fortunately there is such a repair … replacing just the skin of the door.

The first two pictures show the start of the procedure. The door is removed from the car and stripped of the glass, motors, speakers … anything that might be damaged in the repair process.

The next four pictures, numbers 4-7, have me pulling the skin away from the door. It sometimes takes a little persuading with a big screwdriver and body hammer, but eventually the skin comes free from the door. You can see the naked door in picture eight.

In picture nine you can see the replacement door skin. The installation of the skin is the same procedure, but in reverse.

Pictures 10-12 are of the door skin being put into place, aligned then clamped down so nothing can move. It is important that the skin be properly aligned on the door structure so that the folded and crimped part of the skin overlaps the door structure sufficiently to hold firmly on all sides. It also makes aligning the door much easier if the skin is properly installed.

Most metal work on a car involved some amount of beating and banging. Removing the skin did, and putting it back on did as well. In picture 13 I am beating on the crimp point with the body hammer, bending the skin over the door structure. This is so I can get my handy-dandy skin crimping tool started so it can do it’s thing. This air powered tool, shown in picture 14, makes short work of crimping process. And to think, people used to do this work with a hammer and dolly.

A few spot welds later, to make sure the new door skin stays on the door, and the freshly repaired door is ready to finish. All that is left is to repair any small dents in the skin, a by-product of the installation.

The last photo, number 15, shows the door in the booth with a bit of primer sprayed on the areas where I used a thin layer of body filler to smooth a few shallow ripples pulled into the metal when it was crimped down.