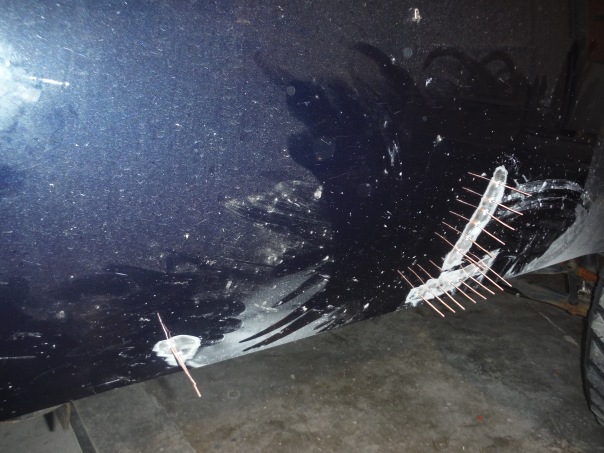 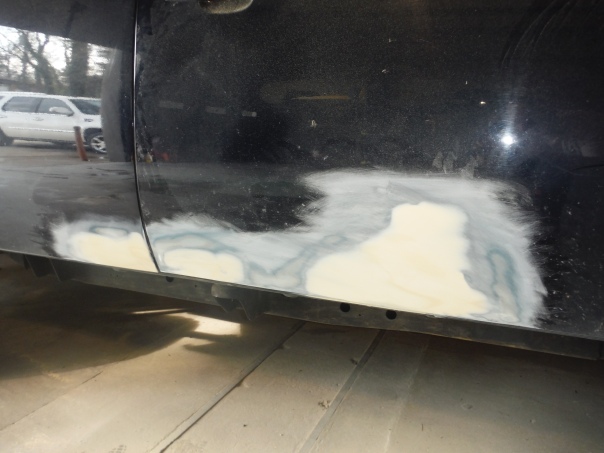 This Silverado is in the shop to get its doors repaired. The dent in the front door was pretty bad but the stud gun made the job a little easier. The stud welder used to pull the dent out to limit the amount of filler used. And although they don’t show that bad in these pictures, the dent was pretty substantial. We pulled the low spots out and tapped in the high ones. Once the panel was as straight as possible, we used filler to perform the finishing touches. Once the filler was all blocked out we primed the panels. Monday we plan on pulling the mirror and handle and  prepping these doors for paint,